Karla and Gary both come from Mining backgrounds of 30+ years. Working mainly throughout Western Australia with Iron Ore, Gold, Nickel and Diamonds. Karla is an experienced mobile equipment operator with warehousing expertise and Gary has been involved with mechanical engineering since the mid 1970’s.

We purchased our property of 25 acres (10ha) in 2005. It was a run-down lawn turf farm that had been operating for many years. The turf business was re-established but we ran into water licence issues; we did not have enough water to irrigate all of the lawn.

This was the start of a search for an alternate crop that had to be water tolerant and a product that we could market and importantly, would blend in and complement the rural environment.

The search began.... Olive and sandalwood trees were looked at but all research kept pointing to lavender. Lavender is a very water tolerant plant. The problem was we knew nothing about lavender!!

However, once we decided on a lavender crop we had to remove the turf from the 10-acre (4ha) field; this took about 2 years to complete.

In-between ploughing and clearing the paddock of the old turf we started visiting other lavender farms both in Western Australia and Victoria to try and get an understanding of what we were getting into. We met Bob and Jenny from Namastay Lavender farm near Donnybrook about 150kms to the South of Perth. Bob and Jenny gave us some valuable information and guidance and as it turned out were about to finish up their lavender business. We were able to purchase a lot of equipment that gave us a kick-start. They also allowed us to take many lavender plant cuttings which we propagated in our greenhouse.

We joined the Lavender Growers Association (TALGA) and went across to Victoria to learn more about the industry and meet many other growers.

We purchased 18,000 seedlings made up of Augustifolia Bee, Pacific Blue, Egerton Blue, SSP and Intermedia Super, Grosso, Impress Purple and Vera from Di & Clive at Larkman nursery located East of Melbourne in Lilydale Victoria. The seedlings were trucked across the Nullarbor to Perth.

The old irrigation system used to water the turf was rows of overhead sprinklers. Overhead sprinklers cannot be used on lavender plants; each plant requires water from a ground drip feed system. The main water line from the irrigation bore pump was changed to a ring main system that circles the paddock and 25 kms of dripper lines were connected at 1.5-meter intervals running lengthways.

Planting commenced in March of 2015 using an old-style potato planter which was replaced with a new tobacco seedling planter unit towed behind the tractor. Family and friends helped over the two-week period that it took to complete and there are a total of approximately 40,000 plants in the field now.

The plants grew very fast with about a 5% loss ratio. We had to make a decision to either harvest by hand or do mechanically. Each lavender row is 300 metres in length and there are 65 rows. Hence, the decision to purchase a mechanical harvester was made easily!!  A suitable machine was found in Bulgaria. There had only been one unit sold outside of Europe and that was to a farmer in New Zealand. We contacted the NZ owner and he very helpfully assisted with data and details about his machine. A deposit was placed with the Bulgarian manufacture as they only make to order. It took around four months for construction and sea transport to Perth Western Australia.

The oil is removed from the lavender buds using steam extraction process. We have a unit on site that holds 120 kg’s of lavender stems and we generally extract between 4 and 6 litres of pure essential oil at each distillation.

Our first oil harvest commenced in December of 2016 and we finished in February 2017. The Augustifolia, generally a slow and small plant compared to the Intermedia, only produced 10 litres whereas the Intermedia produced 50 litres of oil.

We are one of the few lavender farms that grow, harvest, extract the oil and produce our products on site.

Our range is constantly expanding. The essential oils and hydrosol (the by-product produced through the steam distillation process) can be used in so many products.

We had to learn about soap and candle making, insect repellents, air deodorizers, beauty products and our latest – honey!

Honey has nothing to do with the lavender but we discovered that the purple flowers attracted bees in the thousands. We joined the WA apiarist’s society and set up some hives. We don’t call it lavender honey because we are sure the bees also visit the other flora on site such as Eucalyptus, Banksia’ and Rosemary bushes (just to name a few). We also planted 4000 ornamental lavenders that flower for about 6 months of the year but we don’t harvest them. This is for visual effects and of course for our busy bees.

Every two years TALGA (The Australian Lavender Growers Association) hold an essential oil completion. Lavender growers from Australia and New Zealand are invited to send in their essential oil samples.

All submitted oils are chemically analysed at the university of Queensland to ensure the make-up of the oil meet all of the required levels that make quality essential oils. Then a team of expert judges score each sample on aroma and clarity.

We attended the lavender association AGM held in Gatton Qld and we were very honoured to receive 1st place with our Intermedia Grosso oil.

This gave us the confidence we needed- and here we are today! Honouring the humble Lavender plant and its wonderful properties.

Email or call us. 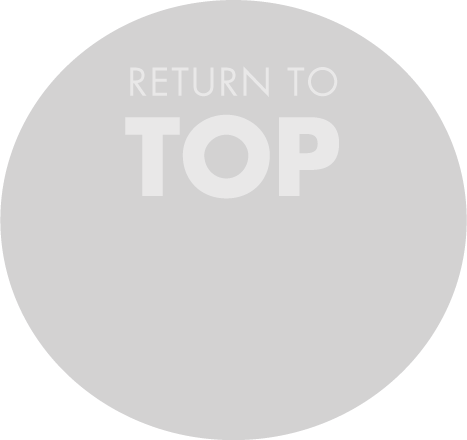 Forgot your password? Don't worry, reset it with this form.